It feels a bit like a basketball arms race. Each of the 3 major shoe companies (Nike, Adidas, and Under Armour) fighting for the eyes, ears (and feet...) of young middle school and high school athletes has their own strategy for gaining more of the market share.

And it is BIG BUSINESS.

Just look at the multi-million dollar deals they give to the stars in each of the major professional sports, not to mention the contracts they strike up with major college programs.

When focusing solely (no pun intended) on basketball, Nike seems to still have the "cool" factor amongst many young basketball players, as well as a larger portion of the "top" athletes in the NBA. Their list includes the MVP of the league, Russell Westbrook, as well as

the "King" himself, LeBron, who has his popular shoe with Nike

When looking at the most "popular" NBA athletes, it seems as if Adidas falls just behind Nike with guys like James Harden, Damian Lillard (whose shoe has one of the best looks to it, in my opinion) , and D-Rose under contract.

But, Under Armour has Steph Curry, who seems to be as relatable as any professional athlete out there to young hoopers around the world - and his popularity only seems to grow. And they are making headway on the college scene, with a major UCLA deal as of late.

With all that being said, the 3 major shoe companies have developed a pretty ingenious way of getting in front of the best young, up-and-coming athletes of the next generation through these 3 major AAU Basketball Circuits. As most of you know, each has their own: UAA (Under Armour), EYBL (Nike), or the Gauntlet/Uprising Series (Adidas) - which begs the question: What circuit is the best?

All three circuits have some of the best AAU programs from across the country, including numerous top-ranked players/recruits. All of the circuits are well-represented with alumni of their respective participating programs at the D1 Level, and in the NBA. Attending any of their events now would result in you rubbing elbows with the best coaches in college basketball.

Here is our two cents:

Nike seems to have always been the most coveted. It seems like every player and program wants a piece of the EYBL, and rightfully so. There are some fantastic, and historic, programs involved, as well as some of the highest touted talent. At the EYBL event in Indiana, I think I saw every major college coach HEAD COACH I could think of.

Adidas seems to have always been a close second, simply because they have been the next popular shoe brand for basketball players. They have quite a few programs that have been around a long time as well, and a handful of newer programs in the mix. Adidas

Nations is still a HUGE event, and they do a great job of putting on a show each July in Vegas. But, recently they seem to have lost their luster a bit?

Under Armour is definitely the "new kid on the block." They have a handful of the newer, competitive AAU programs with some really good young talent. With the continuing rise in popularity of Steph Curry, his SC Select Camp, and their UA All-American event at the end of the summer, the brand only seems to be growing in popularity on the AAU scene.

Here is our ranking of the 3 Circuits as we look towards the 2018 AAU Season:

So, what do you think? Which circuit is the best one? Weigh in and comment your opinion on the bottom right corner of this page. 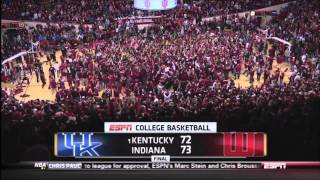 The Most Important Jumpshot You Will EVER Take